Will virtual reality revolutionise the workplace of the future?

More than one billion people will have regular access to virtual reality (VR) by 2020. We can give thanks to Facebook for this, who purchased VR pioneer Oculus for $2 billion USD and continue to invest more money into VR development than any other company.

VR has many potential benefits for the modern workplace. As some examples: employees can partake in virtual training courses; architects can virtually design blueprints for houses, and doctors can practice surgery in a safe environment.

But, VR adoption is considerably slower outside of the gaming industry. A study by Perkins Coie found that the main barriers to VR investment include: 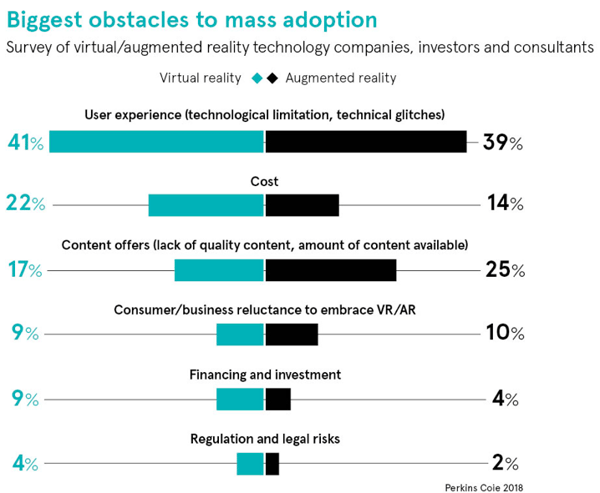 Still, VR holds a lot of potential value for streamlining working processes and cutting red tape. The question is: Will VR revolutionise the workplace of the future?

In favour of virtual reality in the workplace

There’s no argument that people are interested in VR. The Financial Times reported that since 2016, the popularity of VR has increased year-on-year: 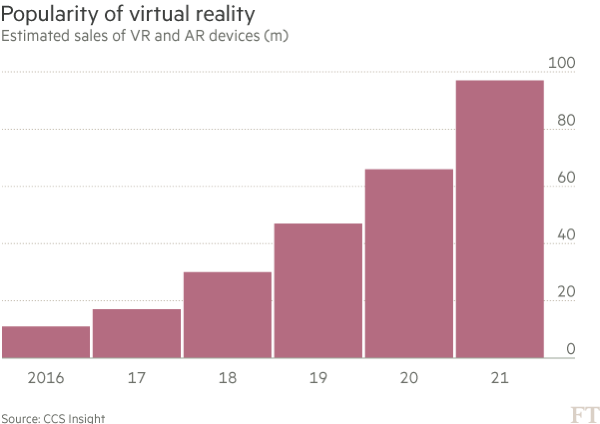 In the workplace, VR is being introduced to train employees who work in hazardous conditions. For example, the mining industry now uses VR headsets for training mining workers in evacuation procedures. This helps to reduce plant shutdown time and consequently, increases business productivity.

But this technology is still in its infancy. In the future, VR could be used in everyday working scenarios, like:

As a remote worker, VR will certainly revolutionise the way I work. Online conference calls with colleagues will be more engaging; understanding and viewing data analytics will be more interesting, and entering a flow state when writing blog posts will become easier.

But VR has a long way to go before this can become a possibility.

Why virtual reality is yet to make headway

VR Intelligence and SuperData recently surveyed 595 virtual reality professionals about their business growth, and more than half of the respondents reported a lack of content as the biggest barrier to adoption.

Regular videos and visual content built for iPhone screens aren’t developed with VR capabilities in mind, and special content and applications have to be produced and rolled out alongside VR headsets.

Only a few consumer companies – like the Google Cardboard and The New York Times’ VR app – have successfully brought VR to the mainstream customer (outside of the gaming industry).

For smaller businesses or those in the B2B market, though, it seems nearly impossible to improve internal processes, like employee onboarding, with the use of virtual reality. Companies would have to develop their own applications and purchase headsets, which would be costly and, in truth, unnecessary.

Will VR ever change the way we work?

In short, yes. VR has the potential to change common areas of business, including business training, conference calling and data visualisation. In fact, Fast Company has estimated that revenue from VR in 2020 will reach $28.3 billion USD: 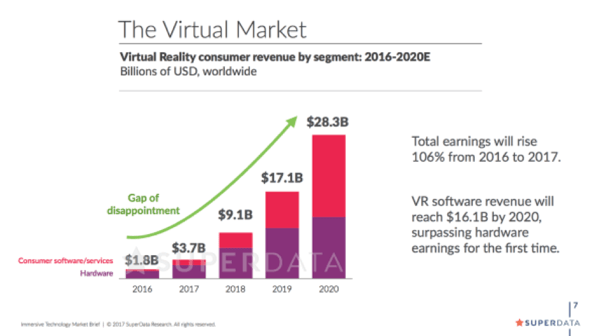 The real challenge to VR adoption seems to be three-fold:

Of the three, the third argument speaks to solving an issue for business leaders. Virtual reality won’t ever revolutionise the workplace until it becomes a cost-effective alternative to current methods of working.

But, with an ever-increasing rise in remote working, perhaps we’ll see a reduction in spending for office spaces, and instead investment in VR that enables workers to work more remotely and productively.

According to The Bureau of Labor Statistics, more U.S. workers are quitting their jobs than at any time since the... 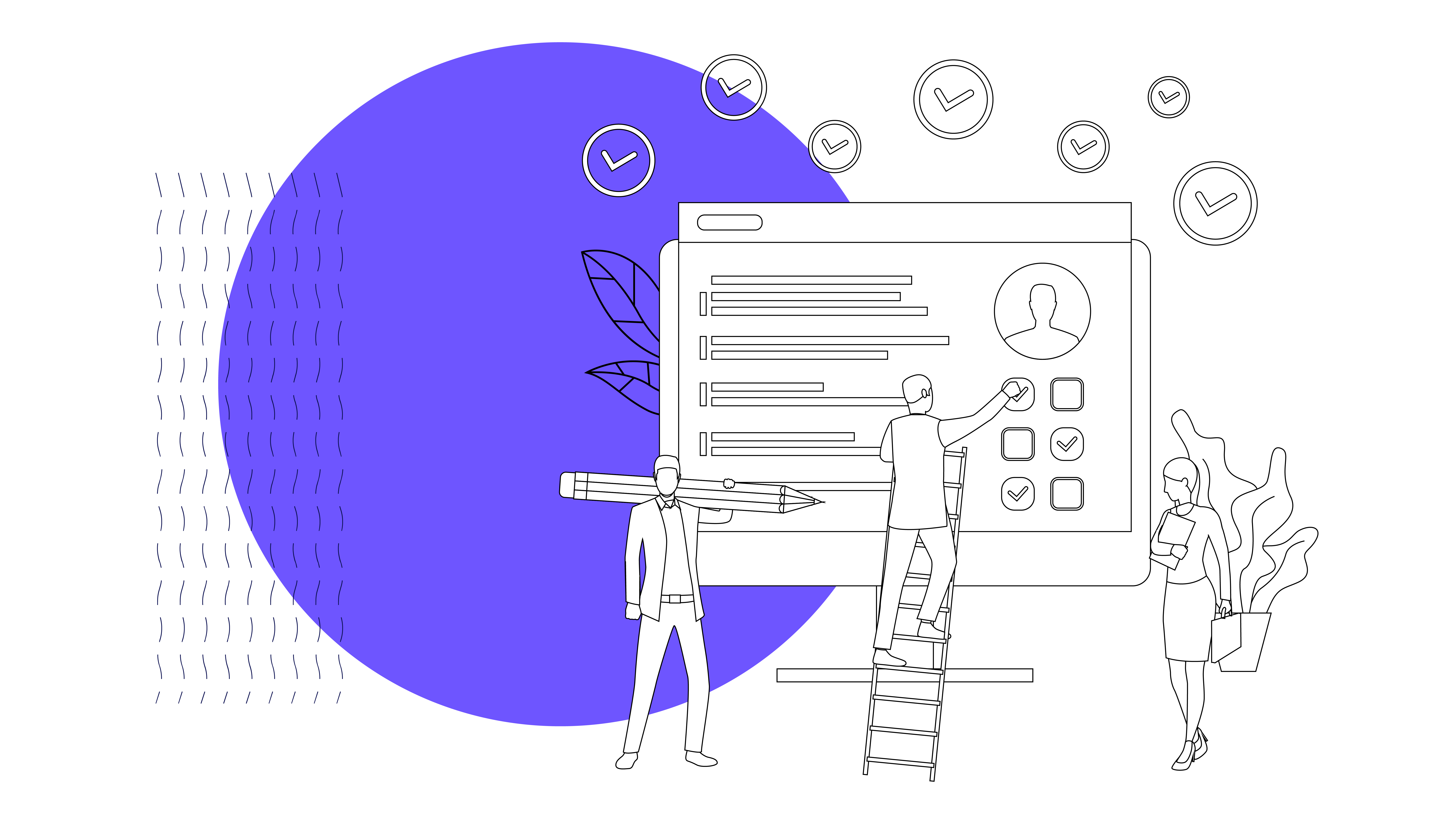